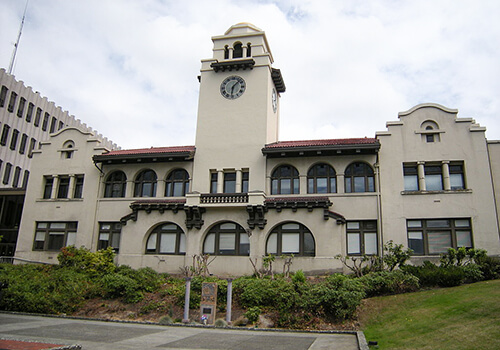 Traffic tickets can balloon into more serious offenses if you just keep them in your glove compartment and forget about them. Your fines increase, your license can be suspended, and, in the worst case scenario, you can even be arrested for failing to respond to a traffic ticket. Have you recently been accused of a speeding ticket in Everett? You can either choose to pay the ticket (admit guilt) or fight the ticket (plead not guilty) with or without a traffic ticket attorney. The fines issued on the tickets vary by county and municipality, so you pay different fines depending on where the ticket was issued. Choosing to pay a traffic ticket and get it out of your way sounds like the easiest solution, but it is also the costliest.

Paying a speeding ticket in Everett is an admission of guilt. Not only do you pay the ticket, there are several fees associated with that ticket that usually exceed the cost of the ticket itself. Although there is no point system in Washington State, the Washington DOL records each of your traffic violations. After a certain number of violations (6 in a 12-month period) you can have your license suspended. You are also much more likely to experience increased car insurance rates as the result of paying a speeding ticket.

What are my options to fight a speeding ticket in Everett?

What some people choose to do is request a mitigation hearing, but all this does is essentially ask the judge to lower the fines. You are still admitting to speeding and paying the ticket. This can have drastic consequences over time if you accumulate more violations in the future. Your insurance rates can also become unaffordable, yet car insurance is required in Washington. It may become too expensive to drive your car, which may be the best method of transportation for you to get to work. To avoid this snowball of effects, the best solution to your traffic ticket is simply to hire an experienced traffic lawyer in Everett to contest the ticket for you. A traffic ticket lawyer can do several things, including appearing in court on your behalf to improve your chances of having the ticket dismissed.

It might be tempting to represent yourself in court after requesting a contested hearing; however, your chances of winning become much slimmer without a competent Everett traffic ticket attorney developing a strong defense. There are several defenses an experienced attorney can use to fight your traffic violation, such as claiming that the officer who cited you mistook you for someone else.

If you’ve been issued a speeding ticket in Everett, WA there’s no need to stress about it. MyTrafficMan is a network of top-rated traffic ticket lawyers eager to get you out of a difficult situation. We are an expansive network of attorney offices throughout Washington including Bellingham, Skagit County, Bellevue, Vancouver, and Everett, Washington specializing in DUI, criminal defense, car accident claims and speeding ticket violations. Call 360-734-0908 today for a free consultation.